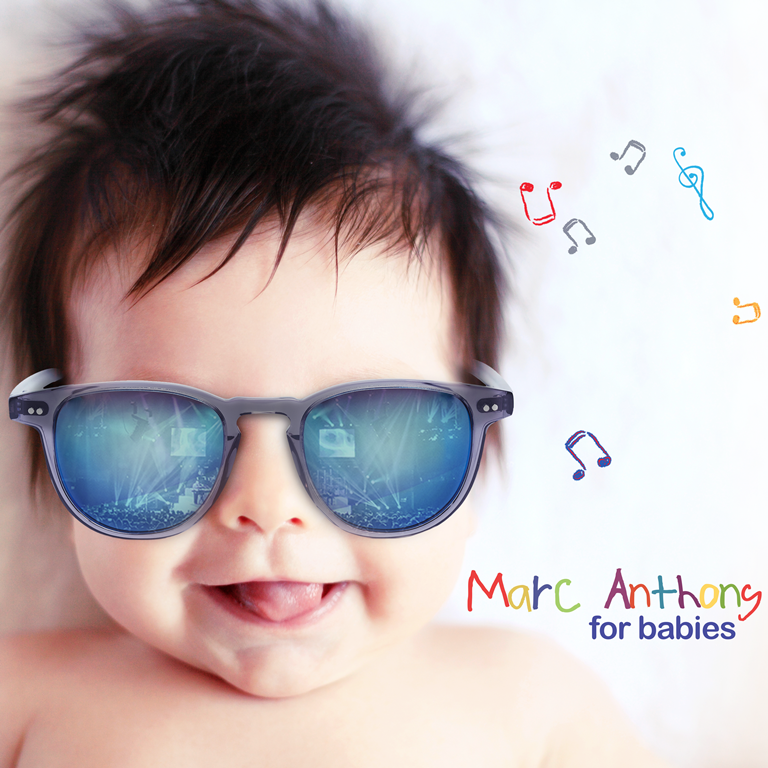 Conceived and executive-produced by award-winning singer-songwriter Nacho, with musical production by Marc Anthony and Carlos Escalona Cruz, the album will be available Friday, May 26th on all digital platforms

Miami, FL  May 24, 2017 – Magnus Music announced the release of MARC ANTHONY FOR BABIES, an instrumental children’s music album executive-produced by award winning singer-songwriter Nacho (Miguel Ignacio Mendoza) with musical production by Marc Anthony, Nacho and Carlos Escalona Cruz.  The album is set for release this Friday, May 26th across all digital platforms under the Magnus Music label.

Marc Anthony for Babies, occupies both worlds perfectly. Adults will enjoy playing their own favorite songs for their kids, minus the words, in arrangements that will entertain and delight the little ones at home. While Marc Anthony and Gente de Zona’s original of “La Gozadera” is still playing on music channels all over the world, the new children’s version bounces along with a marching tuba. Nacho’s re-interpretations of these familiar songs are chock full of surprising, whimsical instrumental turns that recall the great cartoon scores of Carl Stalling.

Nacho comments about the project: “Marc Anthony is not only an icon, he is also a musical institution.  I grew up admiring his talent, he continues to deliver hits and his body of work is more relevant than ever.   Marc has a vast amount of classics that I personally want to introduce to a whole new generation.  I believe that music is one of the most important elements that can assist in the formation of an individual and I love the idea of exposing kids to music in the early stages of their lives.   ”

Marc Anthony expressed:  “I was thrilled when I first heard Nacho’s idea of turning my music into an instrumental format inspired for children and can’t wait to share this project with families everywhere”.

For pre-orders at  iTunes visit: maofficial.us/ItunesMA4Babies