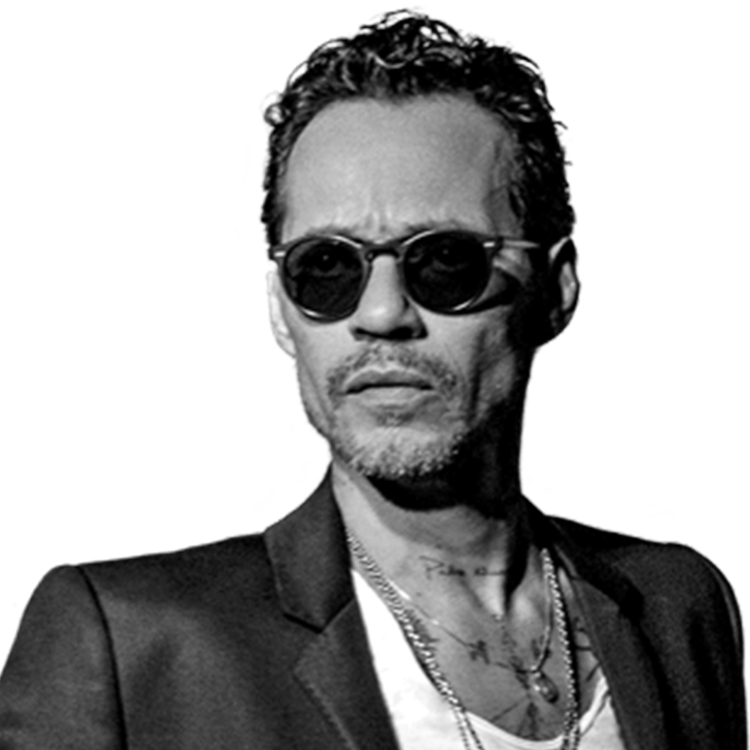 BIOGRAPHY
MARC ANTHONY IS ONE OF THE MOST INFLUENTIAL ARTISTS OF HIS TIME AND A TRUE AMBASSADOR OF LATIN MUSIC AND CULTURE.
He has received countless gold and platinum certifications from the Recording Industry Association of America (RIAA) and has been credited with over 50 Billboard chart #1’s hits and over 7.1 Billion views on YouTube. On May 10, 2019 Marc Anthony released OPUS, his first new studio album in six years on Magnus Media / Sony Latin Music. OPUS is his eighth salsa album in the 26 years since Otra Nota (1993) established him.

Anthony has also established a highly credible acting résumé. Besides his music and acting accomplishments, in 2012, the six – time GRAMMY® and Latin GRAMMY® Award winner launched the Maestro Cares Foundation, hosting a series of fundraisers throughout the year to benefit the non-profit organization and build orphanages in Latin America. He also has his own clothing and accessories line for Kohl’s, and he is a minority owner of The Miami Dolphins. His entertainment and sports venture Magnus Media, is the leading Latin artist and athlete representation company in the nation, and focuses on developing new ventures that bridge content creation and commerce.

On November 16, 2016, Anthony received the prestigious “Person of the Year” honors from the Latin Academy of Recording Arts and Sciences. In September of 2017, Marc Anthony and Magnus created the alliance of artists and athletes Somos Una Voz, to help provide humanitarian relief to areas affected by natural disasters throughout the southern United States, Mexico, Puerto Rico and other affected areas in the Caribbean. His tours “Vivir Mi Vida”, “Cambio de Piel”, “Full Circle”, “Legacy” and The OPUS Tour, have been included in the “Global Top Grossing Concert Tours Lists. His OPUS Tour kicked-off in the United States and other international markets in 2019.

Recently, Marc became the first artist of his genre to receive a “6-time Diamond RIIA Certification” for his album 3.0 and was recognized with his third Guinness Records. In March 2022, Marc Anthony released his new album “Pa’lla Voy”. His “Pa’lla Tour played to sold out audiences all over United States, Europe and Latin America. On June 2022 Marc Anthony was selected for the Hollywood Walk of Fame Class of 2023.