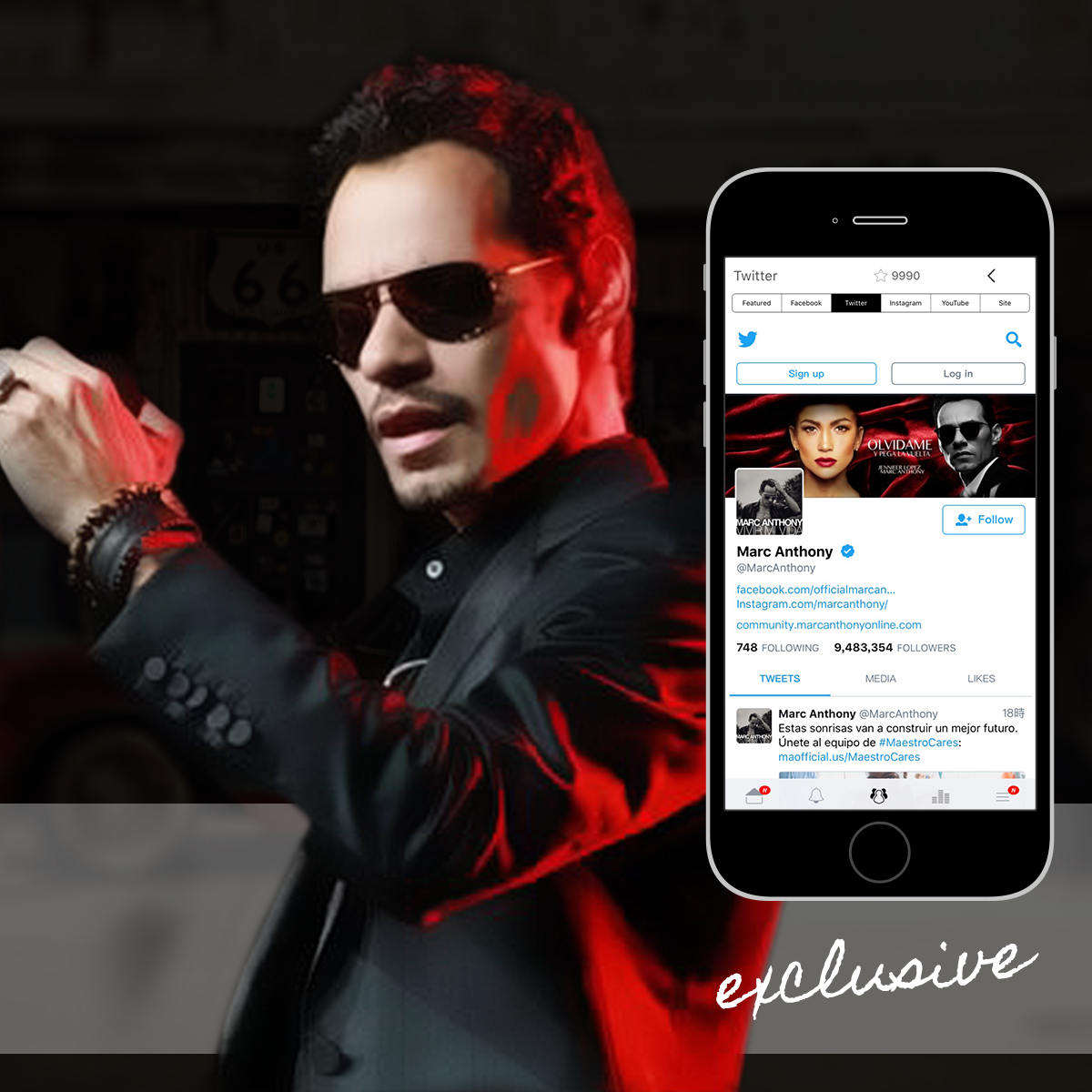 International music star, actor, producer, and philanthropist Marc Anthony announced today the launch of his first ever mobile app for fans, in partnership with escapex.

The new app enables Marc Anthony to engage with his millions of fans all over the world in a powerful and unique way and for those fans to interact directly with the performer.  To celebrate the launch of the new app, Marc is inviting one lucky subscriber and their guest an opportunity to fly to the singer’s hometown in New York City to meet with him before his Nassau Coliseum Show on April 9th. The Official Marc Anthony app is immediately available for download on both the iTunes and Android stores and will offer both a free and premium version.

“We are thrilled to be launching this exclusive app for one of the most important music superstars in the world with the Official Marc Anthony app today,” said escapex General Manager, Joe Cuello.  “With our app platform, we are putting the artist back in the center of the social media universe they created, and enabling their fans to be seen.

MAGNUS Media CEO Michel Vega comments:  “Magnus is committed to delivering the most innovative technology and strategies to our clients and we will continue to work with EscapeX to help artists and athletes deepen their connections with their audience and give fans a unique experience.”

Marc Anthony is one of the most influential performing artists of his time, and ambassador of Latin music and culture at a global level with social media platforms totaling more than 30 Million followers.  He is a five-time Grammy winner with 26 Billboard chart hits, holds the Guinness World Record for best-selling tropical salsa artist and the most number-one albums on the Billboard Tropical Albums year-end charts.  He is also a successful actor and philanthropist.  His foundation, Maestro Cares, addresses the housing, academic and health challenges orphaned children face each day in developing Latin American countries. In 2015 he announced the creation of MAGNUS Media, a company with operating divisions for artist management, music publishing, digital and video content creation, television production, a music label, talent agency, a sports division, and an entertainment-centric brand marketing practice focused on leveraging the power of top Latino content creators and influencers worldwide.

Headed by mobile technology experts and entertainment industry leaders, escapex develops advanced mobile solutions to provide celebrities and social influencers like athletes, actors, models, comedians, and other creators with a direct connection to their audiences, greater control over their content, and the monetization of social engagement through e-commerce and in-app advertising. For fans, the apps deliver streamlined access to content, including key social media feeds from Facebook, Instagram, and more. The platform also features a proprietary loyalty program that rewards users for spending time on the apps and interacting more closely with influencers.