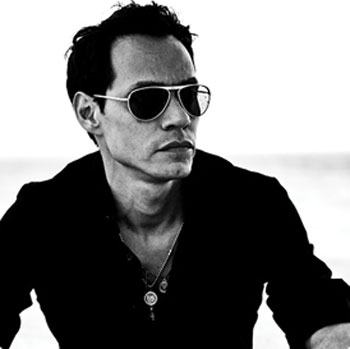 MARC ANTHONY IS ONE OF THE MOST INFLUENTIAL ARTISTS OF HIS TIME AND A TRUE AMBASSADOR OF LATIN MUSIC AND CULTURE.

He has received countless gold and platinum certifications from the Recording Industry Association of America (RIAA) and has been credited with over 30 Billboard chart hits and over 7.1 Billion views on YouTube.

On November 16, 2016, Anthony received the prestigious “Person of the Year” honors from the Latin Academy of Recording Arts and Sciences. In September of 2017, Marc Anthony and Magnus created the alliance of artists and athletes Somos Una Voz, to help provide humanitarian relief to areas affected by natural disasters throughout the southern United States, Mexico, Puerto Rico and other affected areas in the Caribbean.

His tours “Vivir Mi Vida”, “Cambio de Piel”, “Full Circle”, “Legacy” and The OPUS Tour, have been included in the “Global Top Grossing Concert Tours Lists. His OPUS Tour kicked-off in the United States and other markets in 2019 and currently plays around the globe.