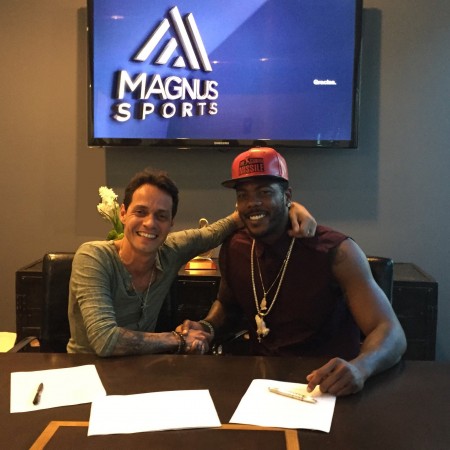 Founded earlier this year by international music icon Marc Anthony, MAGNUS Media has been building a roster of top-tier entertainers, artists and influencers and brings to the venture its expertise in entertainment, branding, marketing, social media, and content development. Praver Shapiro is widely recognized as a leading Sports Management Agency specialized in representing Hispanic baseball talent, and providing a comprehensive array of services designed to address the unique needs of the professional athlete both on and off the field. The venture will be jointly overseen by MAGNUS Media CEO Michel Vega and Praver Shapiro’s Barry Praver and Scott Shapiro.

Marc Anthony said, “Baseball, like music, is an ingrained cultural passion for many Latinos throughout the world, and there’s no shortage of amazing stars of Hispanic origin. Despite that, until now there hasn’t been an enterprise specifically designed to meet their needs. With MAGNUS Sports, we are changing the existing dynamics and building a new kind of Management Company that understands the culture and knows how to build big media brands.

“Beyond the cultural connection, social media is also bringing fans closer to their heroes than ever before. That means that athletes, like other entertainers, need management that can help them with both managing their career and building their brand”.

“We are honored to have the opportunity to begin this venture with a prominent talent like Aroldis.”

Chapman added, “I couldn’t be happier to have the MAGNUS Sports team supporting me as I enter the next important phase of my career. We are going to continue to work hard both on and off the field to push boundaries and achieve new levels of success.”

Other operating units of MAGNUS include an artist management company, music publishing, digital content creation, film & television, a music label and an entertainment-centric marketing practice focused on leveraging the power of top Latino content creators in the U.S. and worldwide.

About Aroldis Chapman
Aroldis Chapman registered the fastest pitch in MLB history at 105.1 MPH, and has continually shattered records since his Major League debut with the Cincinnati Reds in 2010. He holds the highest career average fastball velocity of all pitchers since the statistic has been officially recorded. The four time All Star also holds the records for most consecutive games with a strikeout (49), fewest amount of innings pitched to record 500 strikeouts (292), and most consecutive saves at home ball park (56). Incredibly, Chapman threw the 62 fastest pitches in the entire MLB in 2015.

About Marc Anthony
Marc Anthony is one of the most influential artists of his time and a true ambassador of Latin music and culture. He has sold over 12 million albums worldwide and has been recognized with countless standard gold and platinum certifications from the Recording Industry Association of America (RIAA). In 2012, the six – time GRAMMY® and Latin GRAMMY® Award winner launched the Maestro Cares Foundation, hosting a series of fundraisers throughout the year to benefit the non-profit organization and build orphanages in Latin America. Anthony has also established a highly credible acting résumé.

His latest album, titled Marc Anthony 3.0, released July 23, 2013, has received an American Music Award; a GRAMMY® Award nomination; five Premios Lo Nuestro; two Premios Juventud; ten Billboard Latin Music Awards; three Billboard Awards; and a special recognition from the Univision television network. “Vivir Mi Vida” received the Latin GRAMMY® for Record of the Year. His world tour “Vivir Mi Vida” was included in PollStar’s top selling tours of 2013, it was extended to May 2014 by popular demand, and received a Premio Juventud for Super Tour of the Year. Besides all of his music and acting accomplishments, Anthony also has his own clothing and accessories line for Kohl’s and he is a minority owner of The Miami Dolphins.