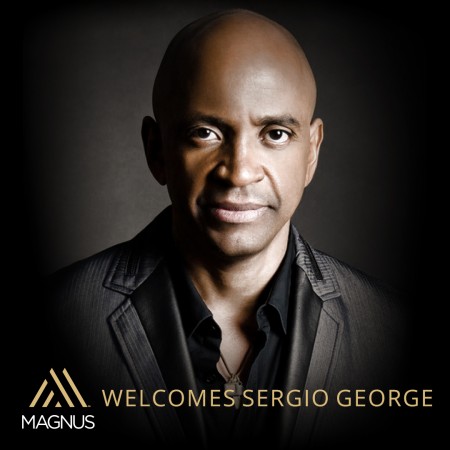 PARTNERSHIP TO INCLUDE JOINT VENTURE TO DEVELOP NEW TALENT

Effective immediately MAGNUS Media, the company founded by the international star Marc Anthony, will manage George’s interests in all areas of the entertainment industry throughout the world. The relationship also includes the formation of a venture to jointly develop talent and music content.

George and Anthony first collaborated on the singer’s debut tropical music album titled “Otra Nota” in 1993 and later in 2013 reunited with the singer for his latest award-winning studio production “Marc Anthony 3.0”. Sergio George is also responsible for producing some of Anthony’s biggest career hits. The signing also reunites George with MAGNUS CEO Michel Vega who previously served as George’s agent.

“Sergio has been an integral part of the success of my music career. He’s a musical genius. I’m sure that with his knowledge and the business platform we’re able to provide him at MAGNUS, we’ll achieve even more incredible feats in music and other areas. I’m looking forward to this new stage of our professional relationship”, said Marc Anthony of the new partnership.

Sergio George comments: I am extremely happy and blessed to join Marc Anthony and Michel Vega in this exciting venture with MAGNUS Media. Marc and I have been friends and music partners for over 25 years. He is a true visionary with a vast amount of success. I also had the opportunity to work with Michel, and his management skills and vision are unparalleled. I could not have entrusted better professionals to embark on this new career path with me and I am truly honored for this opportunity”.