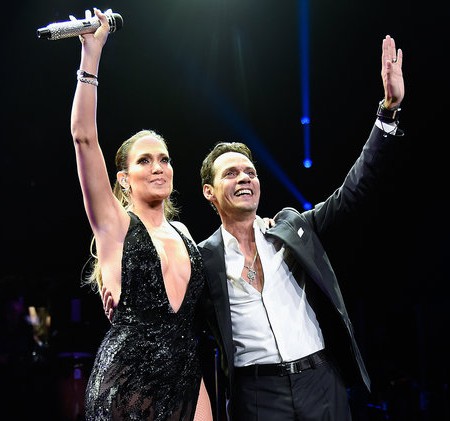 Sony and Magnus will be developing and producing Lopez’s next Spanish language recordings, with Marc Anthony acting as an Executive Producer.  In addition, MAGNUS will provide consulting services to Lopez in the areas of marketing, content development, and touring specifically for the Hispanic market.  The first single from Lopez’s first Spanish language album in almost a decade, is slated for release in November 2016.

The alliance also marks a return to Lopez and Anthony’s hit artistic fellowship since Lopez’s last Spanish language album, “Como Ama Una Mujer,” released in 2007, which was one of the first Spanish language albums to debut inside the top-10 on the US Billboard 200 and the highest debut sales in the US for a Spanish record.  The album was co-produced by Anthony included the hit “Que Hiciste” which reached number one on the US Hot Latin Songs and was a massive hit around the globe.  Other music collaborations by the music giants include:  “No Me Ames,” “Escapémonos“ and “Por Arriesgarnos”.

“It is an honor to welcome Jennifer to the Magnus Family,” said Anthony.  “She has had enormous accomplishments in her career and has been representing our culture all over the world from day one.  Her artistry, professionalism and passion for music are just some of the many attributes that have earned her a unique place in the entertainment world that very few people have been able to obtain.  I am looking forward to our creative collaboration and to be part of continuing her musical legacy.”

“I am so excited and really looking forward to this new musical journey and to celebrate my Latin roots with Marc Anthony and the Sony/Magnus family”, expressed Jennifer Lopez.

“Jennifer is one of the most iconic Latina superstars of all time and a longtime member of the Sony family,” added Afo Verde, Chairman & CEO, Latin America, Spain and Portugal, Sony Music Entertainment. “We’re very excited to partner with her and Marc on a project that is all about spotlighting her spirit and soul. This is going to be a momentous occasion for fans everywhere.”

Jennifer Lopez is represented by Benny Medina at The Medina Company.

Jennifer Lopez is an award-winning actress, singer, entertainer, film & television producer, fashion brand, entrepreneur and philanthropist. Lopez is currently working on season two of her hit NBC television series Shades of Blue.  In December she will complete the first year of her record-breaking Las Vegas residency All I Have, at the AXIS Theater in Planet Hollywood Resort & Casino.  As an artist and global icon, she has established herself in both the film and music industries.  With record sales in excess of $75million, a cumulative film gross of over $2 billion and over 125 million social media followers, she has been named Forbes world’s most powerful celebrity and People Magazine’s most beautiful woman in the world.  Lopez is one of the most influential female artist-performers in history.

Sony Music Latin, a wholly owned subsidiary of Sony Music Entertainment, is the leading Latin music company overseeing the U.S. and Puerto Rico and home to the most prolific artists in the Latin genre.