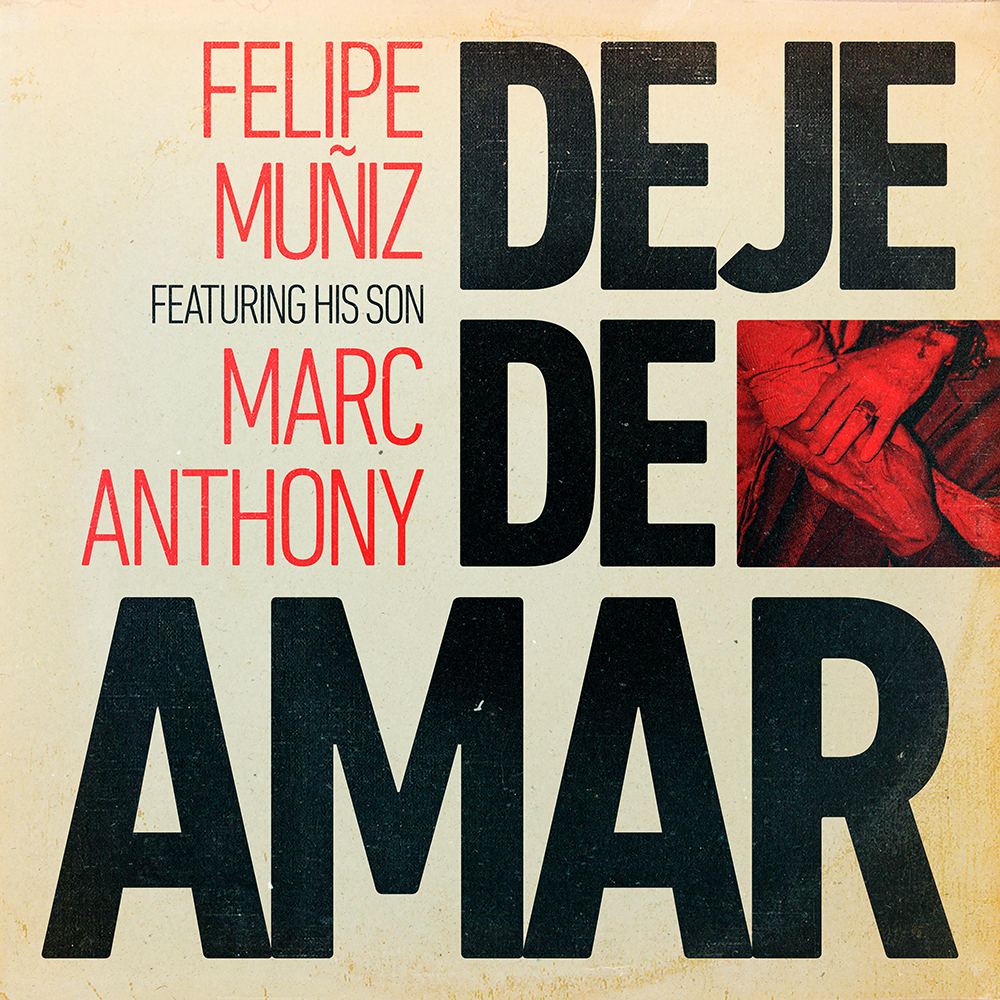 Spotify’s first ever Latin music documentary, directed by Pedro Blanco and Manuel Perez Matos, is set for release on Friday, September 23rd and profiles legendary recording artist Marc Anthony as he delves into the story and process behind one of the most exciting passion projects of his career: recording a new bolero-flavored track ‘Dejé de Amar’ – the debut recording by his father, 81 year old Felipe Muñiz.  Joining them is multiple Grammy Award winning producer Sergio George.

In this intimate session, Marc and his father come together to discuss family, play music, and to celebrate the sound that was passed down from father to son, a gift that ultimately produced one of the biggest Latin stars in the world.

Rocio Guerrero, Spotify’s Global Head of Latin Content programming said: “We believe there is no better way to show the world how important Latin music is to Spotify than through this collaboration. To see an iconic artist in such an intimate performance with his father is a truly moving experience for us, and it’s one that we can’t wait to share with all music lovers around the globe.”

Michel Vega, CEO Magnus Media commented: “We couldn’t be more thrilled to partner with Spotify on the launch of their new video streaming capability.  This vehicle, coupled with Spotify’s massive reach, provides the perfect platform for content creators to tell their stories.”

All episodes will be available on mobile and desktop inside Spotify’s Latin category in the United States & Latin America.

A brief description of the episodes for Spotify Latino Presents: La Familia, with Marc Anthony & Felipe Muñiz are included below.

Marc Anthony shares a touching tribute to the man that first introduced him to music. After a life of hard work and providing for his family, Felipe Muñiz is about to release his first hit record at the age of eighty one.

The making of an instant classic. After decades of creating global megahits, Marc Anthony collaborates with his 81 year old father on a new hit record. Unprecedented access to the father and son’s recording process documents what might be the most emotionally charged project in the iconic superstar’s career.

Spotify is an award-winning digital music service that gives you on-demand access to over 30 million tracks. Our dream is to make all the world’s music available instantly to everyone, wherever and whenever you are. Spotify makes it easier than ever to discover, manage and share music with your friends, while making sure that artists get a fair deal.

Spotify is now available in 59 markets globally with more than 100 million active users*, and over 40 million paying subscribers**.

Since its launch in Sweden in 2008, Spotify has driven more than US$5bn to rights holders. Spotify is the biggest and most successful music streaming service of its kind globally. www.spotify.com

For more information, images, or to contact the team, please head over to our press page at http://press.spotify.com/