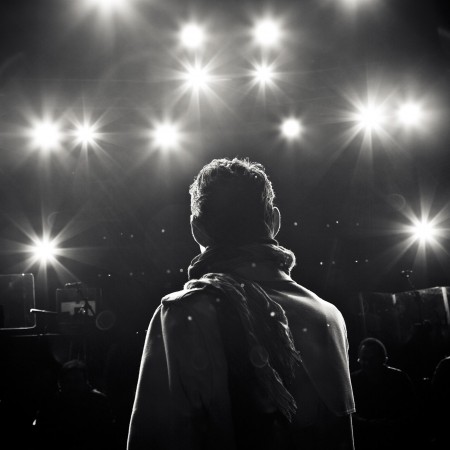 Chicago/New York, November 17, 2014 – Cardenas Marketing Network (CMN announced today the last three shows of Marc Anthony’s “Cambio de Piel Tour” in the United States. The tickets go on sale Friday, November 21st at 10:00 am EST and can be purchased online at Ticketmaster or by calling 1-800-745-3000. All three concerts will include a special participation of singer/songwriter Tito “El Bambino”.

“Cambio de Piel” tour follows the widely successful “Vivir Mi Vida World Tour”.
“Vivir Mi Vida” played at stadiums to sold out audiences all over the world and was included in Pollstar magazine as one of the top 10 highest grossing tours of 2013.

“Vivir Mi Vida” and “Cambio de Piel” are titles included in Anthony’s latest production “Marc Anthony 3.0”. Both singles have independently achieved #1’s on music charts on a national and international level. His latest production have received an American Music Award; a GRAMMY® Award nomination; five Premios Lo Nuestro; two Premios Juventud; ten Billboard Latin Music Awards; three Billboard Awards; a special recognition from the Univisión television network, and a Latin GRAMMY® for Record of the Year, and a Premio Juventud for Super Tour of the Year, among others.

ABOUT MARC ANTHONY
March Anthony (@marcanthony) has sold over 12 million albums worldwide, making him one of the most influential artists of his time and a true ambassador of Latin music and culture. He has been awarded countless standard gold and platinum certifications from the Recording Industry Association of America (RIAA). A passionate humanitarian, Anthony launched the Maestro Cares Foundation in January 2012 in a joint endeavor with business associate Henry Cardenas to assist disadvantaged children in Latin America. On April 2, 2014 Marc Anthony and Henry Cardenas opened their first orphanage in La Romana, Dominican Republic. His foundation is currently building additional orphanages in Barranquilla Colombia, Perú and México.

About CMN
Since 2003, CMN (@cmninc) has been bringing its multicultural expertise to deliver some of the most engaging lifestyle events including music sponsorship tours, international soccer matches, and a myriad of other engagements across the U.S and abroad. We offer full integration with digital marketing and advertising for all projects and activations. Specializing in the overall creation – from ideation to execution – of live events and interactive experiences, CMN’s client roster spans a variety of industries and reflects the company’s interest in seeking new challenges and positioning itself at the forefront of emerging cultural trends. Learn more at cmnevents.com.