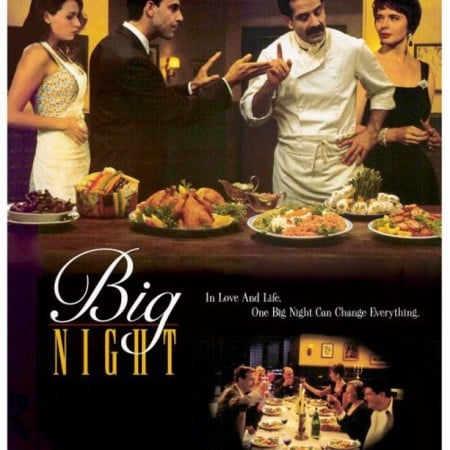 Big Night is a 1996 American motion picture drama with comedic overtones directed by Campbell Scott and Stanley Tucci. Produced by David Kirkpatrickand Jonathan Filley for the Samuel Goldwyn Company, the film met with much critical acclaim both in the United States and internationally. It was nominated for the “Grand Jury Prize” at the Sundance Film Festival and the “Grand Special Prize” at the Deauville Film Festival.