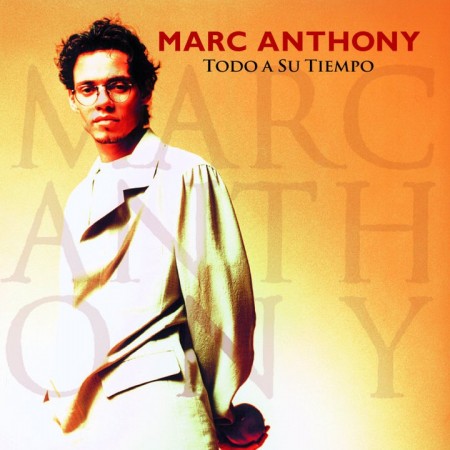 Todo a Su Tiempo (English: All in Due Time) is the second studio album by American recording artist Marc Anthony, released by RMM Records on May 30, 1995. The album was produced by Sergio George, who was also involved with production of Anthony’s debut studio album, Otra Nota. The album comprises five new compositions, three of which were written by Omar Alfanno, and four cover versions. Eight singles were released from the album, all of which topped the Billboard Tropical Songs chart.